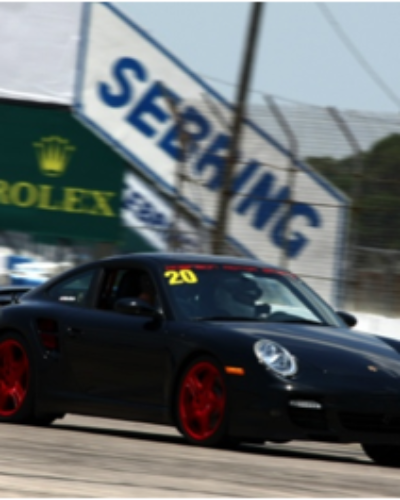 I worked another Sebring Track Guys event as an instructor with over 100 cars. Brock Ivers and I teched most of the cars and actually found a couple of loose wheel bearings and ball joints on street cars.

I had two great students, one each in group 1 and the other in group 2. Virginia was my group 2 student and she could easily have run solo in group 3 but she wanted an instructor. She progressed well through the event and had a great 2001 Mustang Cobra.

My second group one student was brand new but listened well and was a quick study. We were driving his Ford Fiesta and by the second day he was getting point by’s from Shelby GT500s and Corvettes. What he figured out that most don’t is that it is the driver not the car or its horsepower that make speed on a track.

Everyone wanted a ride at speed from the black Porsche with the red wheels. I must have taken a dozen folks on rides and thoroughly enjoyed myself. The car was happy as well even though the stock brakes went away as they got hot. As some as they cooled down we were out again.

I am getting to really enjoy this instructor thing as it is a blast to see people figure it out and learn how to go fast and be safe.

My next up event is the July Sebring SCCA event. I will be a corner worker, instruct in their PDX event, and hopefully drive in the TES Enduro race with Mick Robinson as the co-driver. 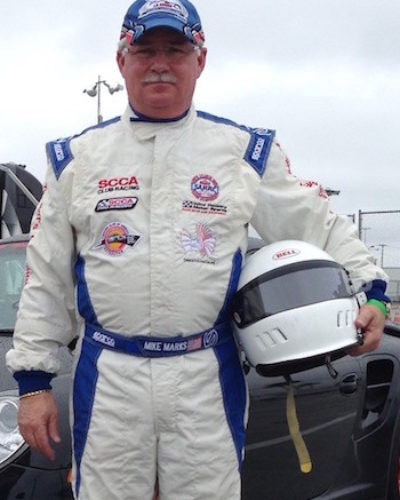 I finally got some seat time this year at the Daytona May ECR/TES Endurance Race. Mick Robinson invited me to be his co-driver in his Gen2 Spec Racer ford #75. Since it had been a year since I had been in a racecar I signed up for the test day and got in three of the four sessions. It started raining pretty hard during my first session on dry tires, I skipped the second session because I could have towed a water skier behind me, the last two sessions on wets went well and I was back in the groove. The next day was raining really hard and Mick did the qualifying and was the first driver. He went under the yellow line at the start so we got a penalty but he avoided damages as the car was on wets and there were lots of incidents. When I took over we decided to put on dry slicks as the rain had stopped. It was a bit dicey at first but it was the right decision as the track continued to dry.

I know it sounds strange but my driving ability has improved with the absence from racing. I was able to smoothly stay at the limits without going over and never had anything close to a brown trouser event. Drove around lots of crashes, passed a bunch of cars. I did most of my passing at turn 3 and turn 5. I did manage one pass at the kink after turn 3 while the track was still a bit wet, wooo hooo! I can now say that I’ve nailed turn 1 and the bus stop.

I had a blast and didn’t realize how much I missed being in a car and racing.

A couple of weeks earlier, Marilyn and I did the Sunrise to Sunset Road Rally with the Porsche Club. We had a great time and actually finished the course successfully (for the first time). We missed 16 of the 48 questions and now feel ready to do it again.

I am doing some driving instruction at Sebring at the end of the month with Track Guys. I really enjoy working with these guys, as there is not a lot of macho BS. They are all about being safe and having fun. This is probably the best team for a completely brand new rookie who wants to experience driving the car on a real racetrack.

Mick sold his SCCA CSR franchise to Tilden and Maggie Kinlaw and they have renamed it Prism Motor Sports. I am confident that they will do well and take the business in many new directions. I will continue to share Mick’s car whenever I am invited and will race with Prism in several events through the end of the year. 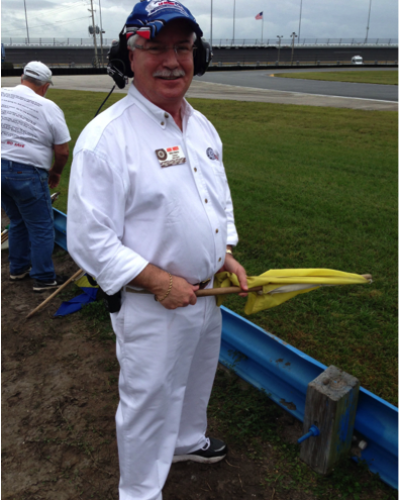 I have sold my formula car and have decided to retire from racing, mostly. I feel that I have been blessed with a great opportunity to do what others can only dream about. I met great people from all walks of life that share the same passion. I actually earned a place in the Spec Racer Ford mafia. I know that this makes no sense to a non-racer but it is is a sign of earned respect that money can’t buy. I have been more than a driver, I have been a racer.

I will drive my Porsche 997 Turbo at club events just for fun. I will do some instructing because I enjoy it and also get free track time. I am putting some of the racecar money into the Porsche but nothing that will in any way reduce its streetability. It did a 2:30 lap time at Sebring driving at 7/10s and then took me home on cruise control and AC listening to the Bose stereo. I will definitely be working with The Track Guys at Sebring on Memorial Day (May 24 & 25) weekend. If you want more info or you want to go, let me know. If you have never driven a car on a racetrack these guys are the best for brand new rookies because they keep everyone safe.

I have also been a volunteer corner worker and will be working the early January TUDOR testing at the Roar Before the 24; the season opener Rolex 24 Hours at Daytona. I will probably be on turn 5 if you are watching TV. I am meeting another great group of people and actually learning more about racing.

I did enough competition events in 2013 to still keep my SCCA Competition License for 2014. I plan to do enough events to maintain it by doing Endurance Racing Events with some of my teammates at Robinson Motor Sports. A couple of years ago I earned second place in the Enduro Championship Series and did not even participate in the full series of events. I am a much better driver today. Who knows… 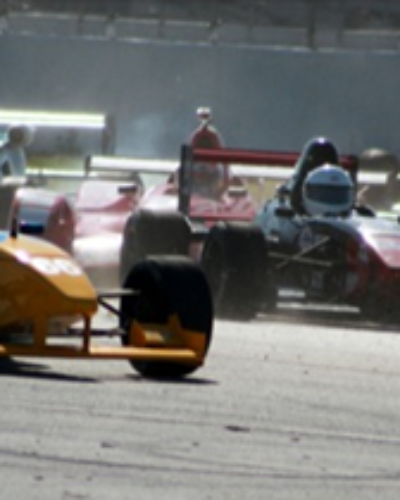 I have decided to go back to renting race cars from RMS rather than having my own that they maintain for me. It is for sale on ApexSpeed. Please contact Mick Robinson at Robinson Motor Sports, Inc for information or to purchase this great car, 321 412-8390 OR robinsonms@cfl.rr.com

Priced at $28,000 OBO! This is a great car and perfect for someone who wants to run at the front from the beginning. I want to sell this car and hopefully have it go to a kick butt race team. 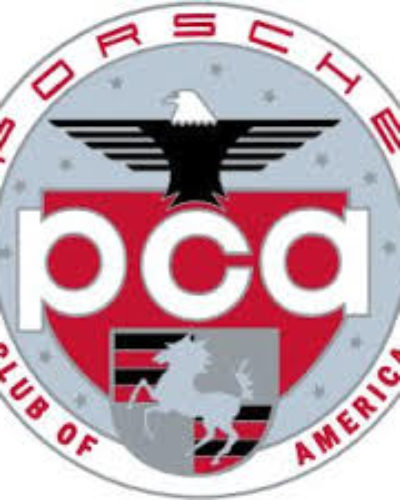 I got qualified in February at Roebling Road as a Nationally Registered Porsche Club of America Driving Instructor #201302030. I’ve been working on my business, replenishing racing funds for the Formula Enterprises (FE) car that I run with Robinson Motor Sports.

A small fitting cracked in my Porsche Turbo and they have to remove the engine to fix it. Long story, but they are changing everything possible that requires an engine pull so I don’t have to do it again for a while, $10 fitting, $2,000 plus job. Dan Cleary at the Werkshop said that I was very lucky as it might have grenaded the engine if it had happened when I was running at Roebling Road.

In the meantime I am running in the PCA Annual Tax Day Rally that starts at Eau Gallie Yacht Club and ends up at the Porsche dealer (a dangerous place to go). On May 25th and 26th I am doing another instructor job at Sebring with Track Guys. If you want to learn how to drive your car on a racetrack these guys are the best I have seen as making it safe and really fun for a true beginner. You can learn more at http://www.trackguys.com . 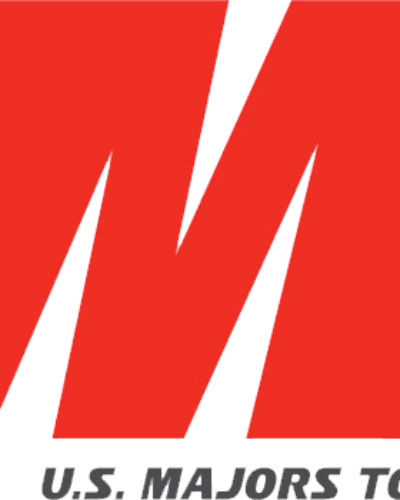 2013 is off to an expensive start. I got to run in the first US Majors tour at Sebring put on by the SCCA and hosted by BF Goodrich. The Thursday test day started with me putting the car sideways into the wall at turn 16. It took the rest of the day to repair the damage. I had another minor, but embarrassing, wall encounter during Friday qualifying. Between these repairs and the ones from Palm Beach I have essentially bought the car twice in 90 days. It is a wonderful and safe car and I am now feeling comfortable in it. We ended up making major adjustments to my seating position that made all the difference. I wasn’t smart enough in the beginning to recognize what wasn’t right.

With all of that behind me at Sebring I had a good Saturday qualifying session and ran well in both the Saturday and Sunday races. It was a blast running with the big dogs and past National Champions and I didn’t even come in last. Check out my qualifying lap on the video page of the site. I was actually driving cautiously to avoid any more damage and I can easily see how to cut 5 more seconds on lap time.

I would need another 3 to 5 beyond that to be up front but that is the magic of the activity. We all get better with more seat time and the slow guys improve at a faster rate percentage wise than the good guys so the field always closes up.

Our race group was mixed in with Formula Atlantics, C Sports Racers, and several other classes so you had to watch your mirrors closely as they would blow buy you fighting with each other.

In February I am getting certified as a driving instructor with the PCA, Porsche Club of America, up at Roebling Road in Savanna. I am planning to spend some more time during 2013 doing club events with them.

This is going to be a fun and interesting year and what is next largely depends on replenishing the money supply. I am confident that the crash repair activity has been completed. 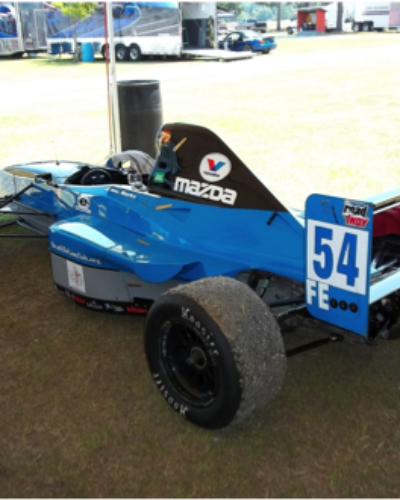 Not much going on right now.

I am taking some time off to save some money and manage the change from a Spec Racer Ford to a Formula Enterprises FE open wheel car. It is a big step up. I got to drive one at the end of June on a test day at Roebling Road with the Robinson Motor Sports crew. I felt really good about the day, it was my first day, I didn’t hurt the car, and got within 10 seconds of the lap record. It was awesome.

I got to drive the Porsche Turbo on the Sebring long course in June while I was doing driver instruction for Jeff Lacina and Dell Hughes of Track Guys. It was a great weekend where Marilyn got the Porsche over 100 mph and I took my students out for demo rides at racing speeds. They were very quiet and I had a lot of fun.

At the beginning of the year I drove my SRF in the Sebring BF Goodrich Super Tour and the National race in January. I also got to compete in the Homestead Double Rational in January.