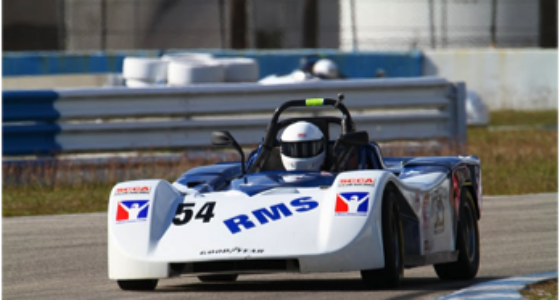 They are sealed at the factory and are good for three years of racing before needing replacement. This assumes that they are properly maintained and not over rev’ed. The red line is 5400 RPM. The car, with driver, weighs 1600 pounds so there is lots of metal and the car is like a small tank from the standpoint of safety. It is a Dallaria chassis with a Roush engineered engine that has been designed to minimize repair costs when there is crash damage. In short, it is safe and inexpensive to race from a fun per dollar perspective.

Since the cars are identical, except for the individual setups on suspension for track conditions, when you come in 22nd it means that 21 drivers were better than you. This is very challenging to a lot of drivers. You will never power by a competitor and it actually takes some measure of skill to drive the car at the limit and consistently. The way you win is to know how to drive the car right at the limit and react quickly when you go beyond it. Since the cars are identical you also need to really think about driving strategy and tactics as each pass needs to be set up in advance. Imagine that the other racers are doing the exact same ting at the same time. To be competitive you need to make the fewest possible mistakes and SRF drivers notice every small one, in yourself and in your competitors. This car has has been in service for 25 years. It will do 135 MPH and handle lateral accelerations of over 1.3 Gs. The cars have, as a group, over 2.5 million miles of competition racing without a single fatality.

The fierce nature of the competition is why the SCCA corner workers love watching and have nick named the cars, “Spec Crasher Fords.” There is a lot of unintentional (mostly) incidental contact during a race. When I got my car Mick Robinson held up 8 different colored rolls of duct tape and said, “Pick the color you want for your car.” Having said all of that, the core group of SRF drivers are known as the Spec Racer Mafia. There is no quarter taken or given on the track, there a a lot of friendly trash talk, but the group will collectively bust butts to get a competitor repaired in time for a race so he or she can be run off the track at turn one. Go figure.